Last evening was one of those "perfect" summer evenings on Cape Ann.

The weather was perfect for sitting out on the deck. Dinner was fresh grilled haddock from Connolly's with grilled vegetables fresh from Marshall's Farm Stand. Topped off with a nice bottle of Pinot Grigio.

Even the mosquitos took the night off!

I could have used the title "Simply Stupid" but I'm trying to focus on the positive note.

Last night, my son went out with a few of his friends and ended up going swimming. He was carrying his cell phone and wallet in his hand since "his pockets were wet from swimming". Upon returning to his car, he placed them on the trunk and ... you guessed it, drove off with them still on the trunk of the car. I'm sure we've all seen others driving down the road with coffee cups, shopping bags, etc. setting on the top of the car. (This was the "Simply Stupid" part.)

He realized that he didn't have his wallet or cellphone about 20 minutes later when he had reached home. We hopped in my car and drove back to where he had parked and started the search. No luck. Couldn't find them. We tried calling his cellphone to see if we could hear it ring but he had left it on the vibrate setting.

Suddenly, my phone is ringing. A person in West Gloucester had found his wallet. They were driving around the rotary, saw what looked like a wallet, so drove around the rotary again, stopped and picked it up. They then took the time to find our home phone number and called the home to let us know they had found it, along with directions to their home so that we could pick it up.

With all the stories of "identity theft" and "identity theft protection systems" circulating in the news these days, it just put a nice ending on what could have been a bad experience. We still haven't found his cellphone but that can be replaced.

It just makes me happy (again) to live in this special Gloucester place with such simply honest people.

A Simple Walk in the Woods

"So will I build my altar in the fields,
And the blue sky my fretted dome shall be;
And the sweet fragrance that the wild-flower fields
Shall be the incense I will yield to Thee"
-Along the Old Roads of Cape Ann c.1923 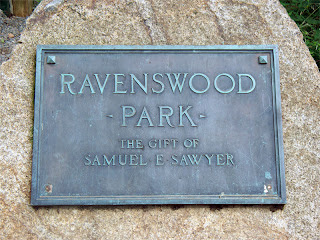 We start our walk up Ledge Hill Trail. 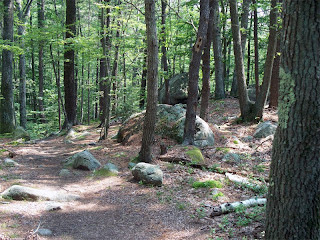 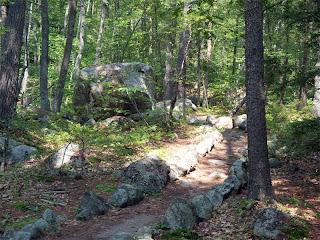 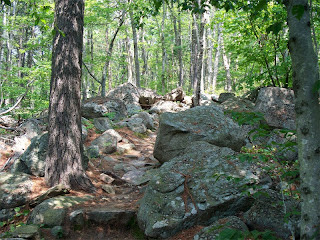 Could this be an altar? 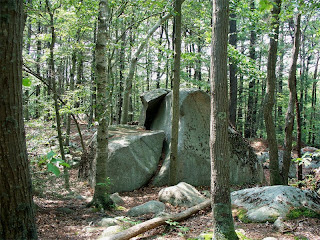 A view of Gloucester Harbor that many miss. 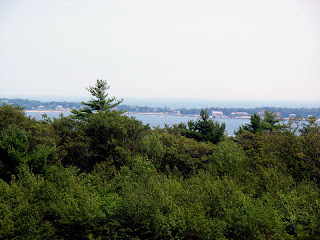 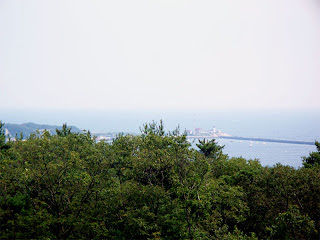 A nice calming pool to sit and reflect on the simple things. 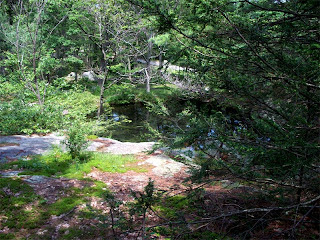 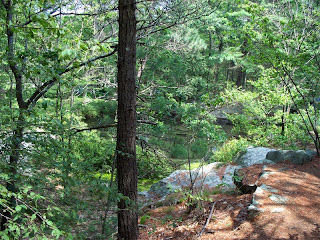 A walk down Ridge Road 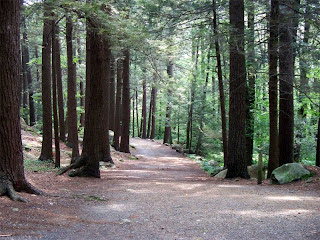 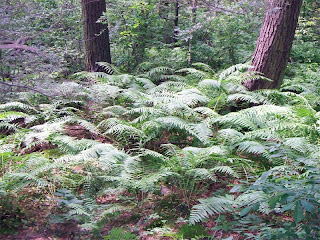 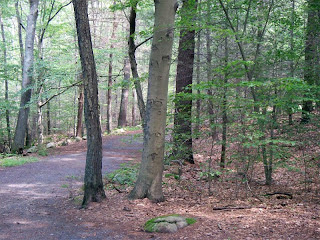 A turtle rock bids us "Farewell"! 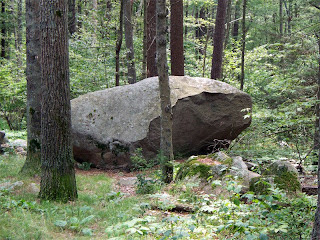 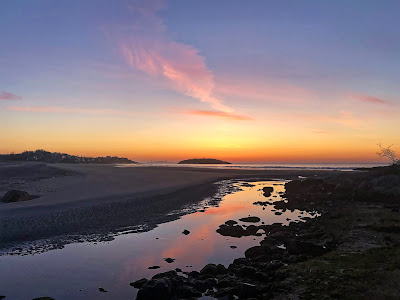